In this lesson we were asked in one hour to create a character from scratch that reflected the world today. Trying to understand the way people think, what they believe, want and fear. What is projecting outward, and how do we analyse that and move forward to create a character with specific thoughts and feelings. The five key facts about our made up character was, to talk about their most treasured childhood, their most prized possession and why, their favourite food and where they ate it, the most significant thing they ever said and who they said it to and why, and lastly, what is their name?

The character I chose to create was inspired by no one inparticular, just a type of person that I would see in North Belfast where I was raised.

Sat at a table of six, we each had to create our own and from that choose one persons character to elborate and make a timeline. The character chosen was a man named Robert James Millar, whose most treasured possession is his wedding ring even though his wife divorced him 30 years ago, and now totally regrets being so grumpy and unattentive within his marriage. 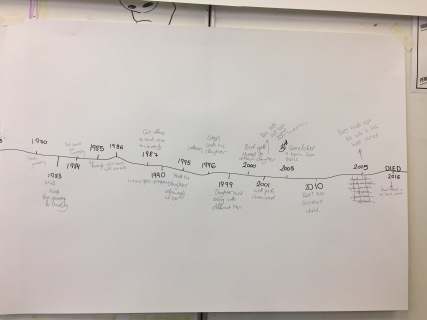 My new housemate Rozalina invited me to her very first solo exhibition and I was very excited to attend and really find out more about her work, ‘this exhibition is about thinking through drawing, and learning through doing : rough illustrations, drawings, paintings-shmaintings, GIFs and prints’.

On entering the exhibition, which is being shown at the Sofia Gallery, Queen’s Gate, there is a piece of writing describing her work in a bit more detail.

As I walked around the small gallery I fell in love with Rozalina’s work, her thought processes and images were inspiring to my own work. Her thoughts on quick rough sketches compared to the refinement and sometimes falseness of final images is also interesting. 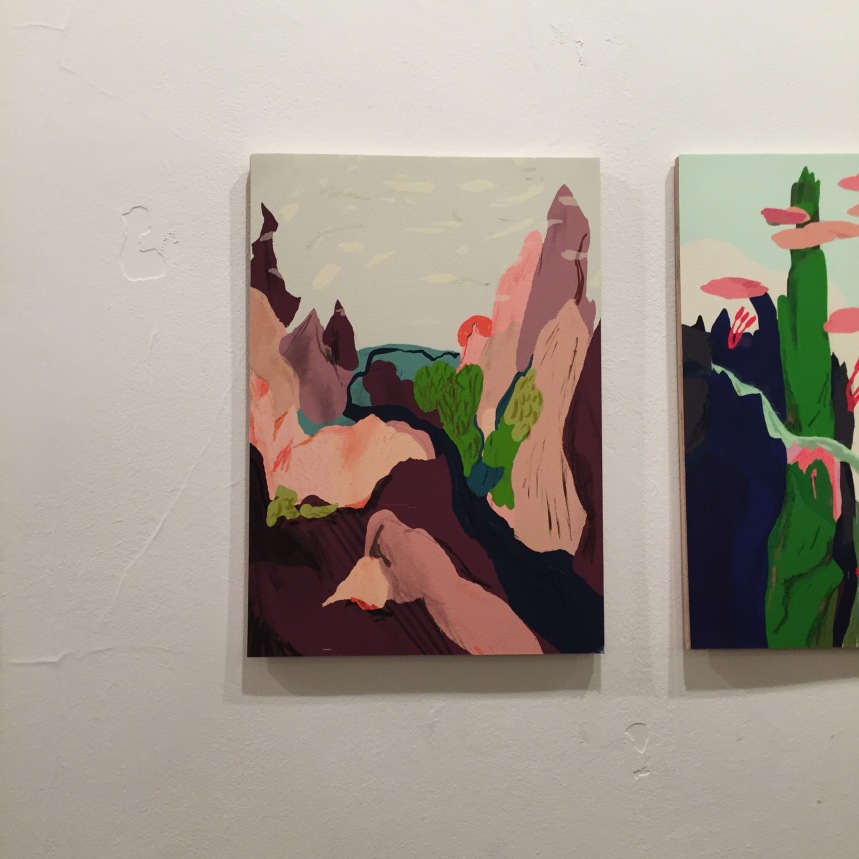 I loved this show as it was just right up my street, all of the artwork was so beautiful in its own way. The lines, colours, composition and the focus on women is something I really focused on when looking at the art. I am happy to live and know such a talented lady.

The task we were given was similar to the week before in that we had to get outside as a group and explore. This week we had to do the same but in smaller groups, within the group we had to decide on an area and a theme and with the information gathered we then had to collectively produce a map.

My group decided on producing a map of local Elephant and Castle, but this time aiming it directly at students. Focusing on bars, shops, food places and gallery spaces. First we went outside to explore and noted down all the places we thought were relevant. A rough first idea.

The spots on the map include The Coronet, The Artworks, and the Elephant and Castle Market. 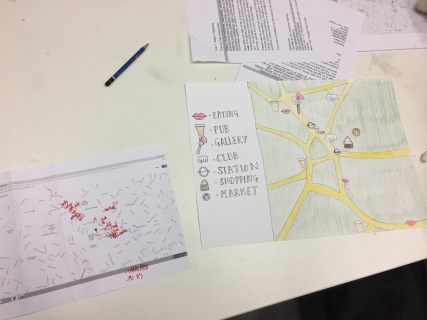 The first week of the drawing rotation was all about the local area of Elephant and Castle, exploring, drawing and finding new shops, companies, and gallery spaces that are useful as art students. On the walk we were asked to consider the way Elephant and Castle is changing and write down ten words that stood out to us while walking, also we were asked to complete a drawing of a certain spot near the roundabout of a building in dry-point. 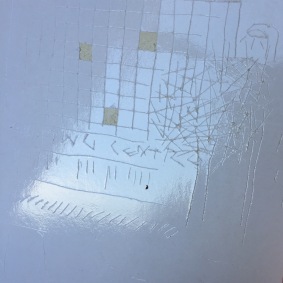 We ended up walking to the Tate Modern where we were briefed on the next weeks class in which we have to make a map. I stayed in the Tate to see some of the exhibitions they had on display. 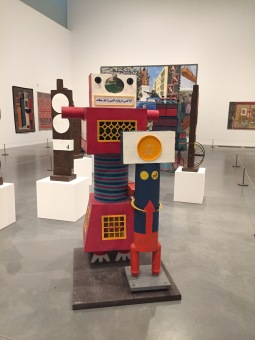 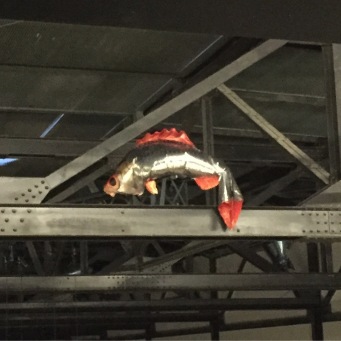 Upon arrival of the Victoria and Albert Museum, it was pleasantly surprising to find an exhibition on Glastonbury, one the biggest music festivals on earth, that wasn’t based purely on the music and the drugs. This exhibition focuses on the site of Glastonbury itself and the people who want to keep it alive. Keeping not only the festival alive, but also the beautiful somerset countryside which thousands of people almost destroy every year.

Along a wall shows various small posters designed by cutting out bright pieces of coloured paper, each reading something slightly different, but with the same message, ‘Please do not wee outside, it pollutes the water table!’. The concerned people of Glastonbury don’t just stop with Glastonbury, as along the walls and ceiling of a different section in the exhibition displays banners made by some of the festival goers. Strong yet truthful statements are brought to attention, ‘Fossil Fools’, ‘Nuclear power is safe… 93 million miles away’, and ‘The world has enough food for 10 billion people’.

For the people who have never been before, a large tent structure has been placed in the middle of the room, which, if curious, you can get inside and on the floor they’ve placed blankets, pillows and sleeping bags. On the inside looking up at the tent ceiling there are rolling clips of film from the festival and a voice over revealing the voices of the people at Glastonbury, the importance of it and what it means to them, “I met my wife at Glastonbury,” one man says. They have succeeded at making it a truly magical place.

The exhibition encapsulates the love and appreciation people have for this site, a vast gathering in which the thousands of people experience something totally different every year, while still gaining the respect for the farmlands. It is an event. 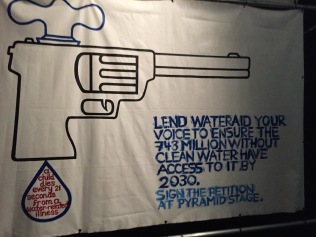 The two weeks of the studio rotation lessons were enjoyable but also helpful with research skills and how we are able to work on fully understanding the subject area from many points of view. During the first studio lesson, we began talking about all of the current manifesto sketchbook research, where we should be with it and how we should be doing it. As most people were struggling to figure out how to research manifestos, let alone know just what exactly one is, we were given a task that was personal to each person in the class. Handed to us was a sheet of paper with over one hundred questions on it, asking anything from, ‘What is your name?’ to ‘What is theology?’. We completed every single question and when asked to reflect on what we had just done, most agreed that we had basically just done a manifesto about ourselves. Us as real life people, our thoughts, hates, loves, and beliefs.

We were asked to take these finals pieces to the print finishing rooms and produce an A5 staple bound book. 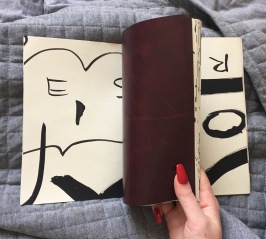 The second week of studio was a class about co-ordination of images, composition, colours, collage and media. How can we arrange all of these things into an image that appeals and speaks to the audience. How does that image make you feel, where is your eye being lead. Why does that image make you want to buy to product. People often say that an illustrator or designer is not most fulfilling job but on other hand, they make you want to buy most of the things you buy, even if you didn’t really need it. 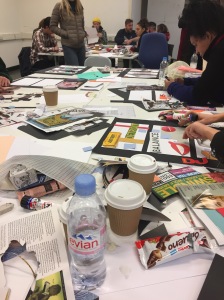 In CTS class this week most people found the lesson extremely heated yet important. The main topic of discussion lay around the idea of cultural appropriation in art and fashion. How has the creation of art and fashion evolved in history and why it is important to recognise where something has come from. What is worth celebrating and enjoying, and what is worth preserving and maintaining? We were asked to question illustration and where it began. Theories reveal that some cave drawings dating back to 17,000 and 15,000 BCE are the world’s first evidence of illustration.

In a way all art originated from this, thousands of years ago. So of course, we are going to be so much more developed and will have branched out further and further delving into new ideas, processes and mediums, and even cultures, which in some cases, is where the issue lies. This debate will always arise when an artist oversteps their boundary and rather than appreciating and understanding the culture they have borrowed from, they may exploit it, knowing nothing of the significance and why it is important to that culture.

An example that was used in class was one of the most recent fashion shows by Marc Jacobs, in which his runway models were dressed up in dreadlocks. Dreadlocks of many different pastel colours, which is done to make them look more fun and interesting. Gigi Hadid and Kendall Jenner sported the look on the catwalk.

Instead of hiring black models to walk the show, the majority were white. The Rastafarian style from the African-American community was appropriated and for many it was hard to watch. “An unknown black man/woman has dreads it is assumed they smoke and or are unprofessional. Marc Jacobs has a model with dreads its boho chic.”

Jacobs argued back with the idea that ‘appreciation of all and inspiration is everywhere’. In a way it’s hard to see his point because if he had of done it purely out of love and respect it may have been taken differently. But the fact he’s about to make a lot of money from that show… it doesn’t sit well with many people.