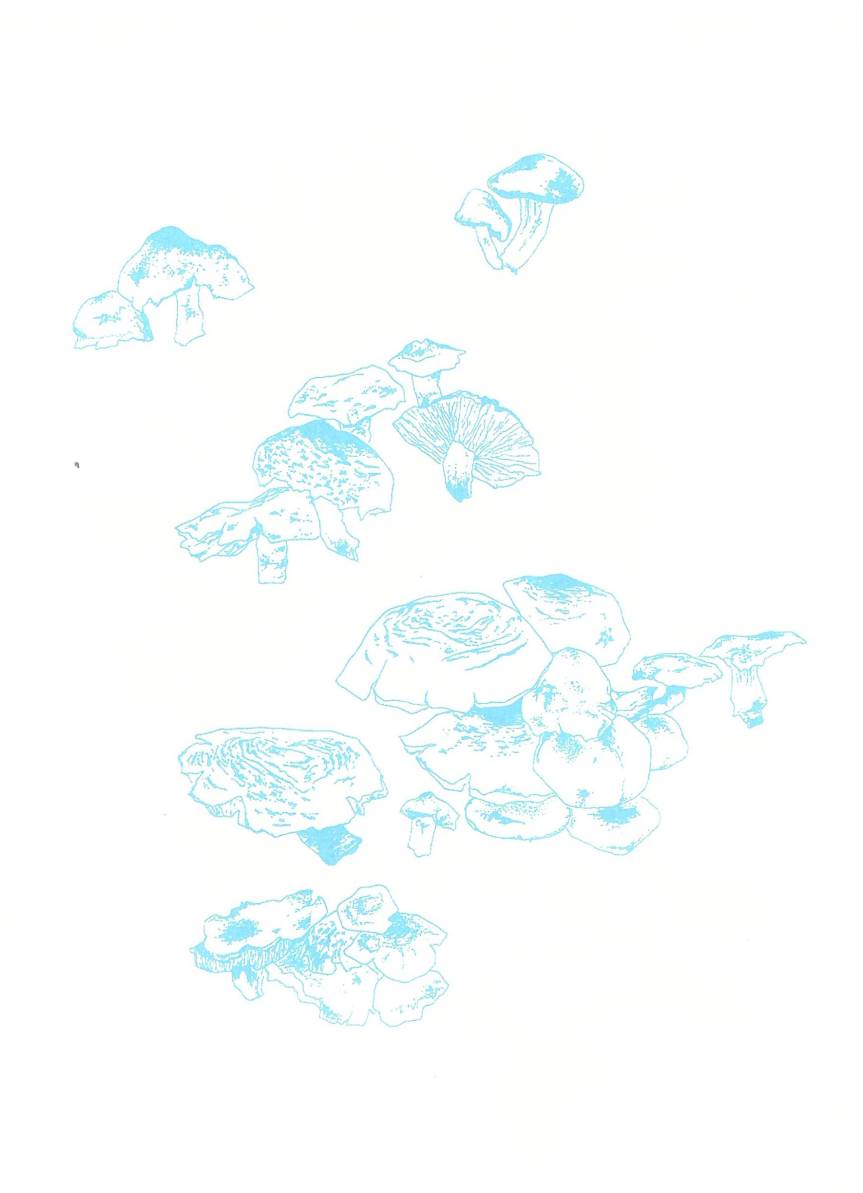 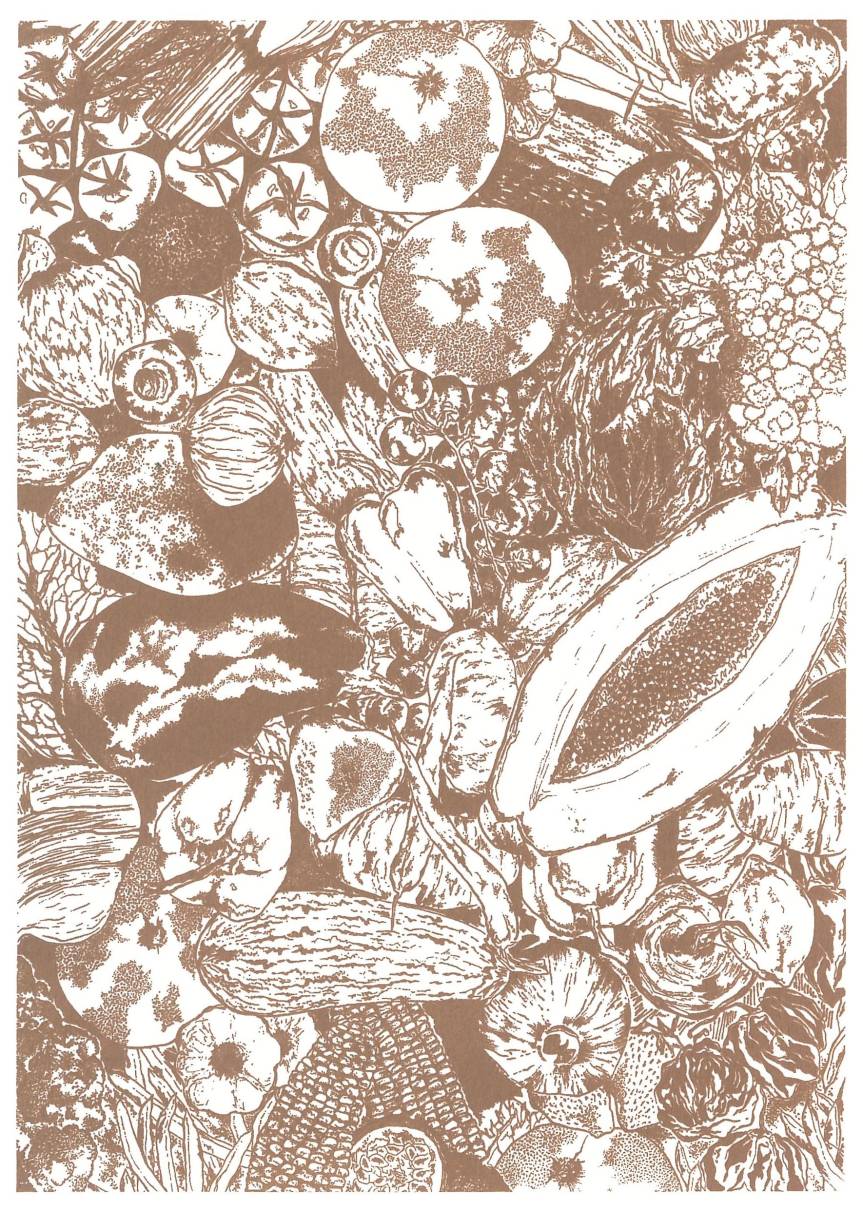 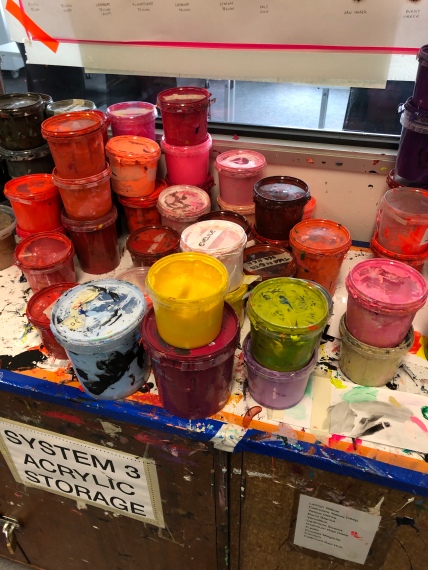 Trimmed and clean with a centimtre and a half side piece to allow for binding process. 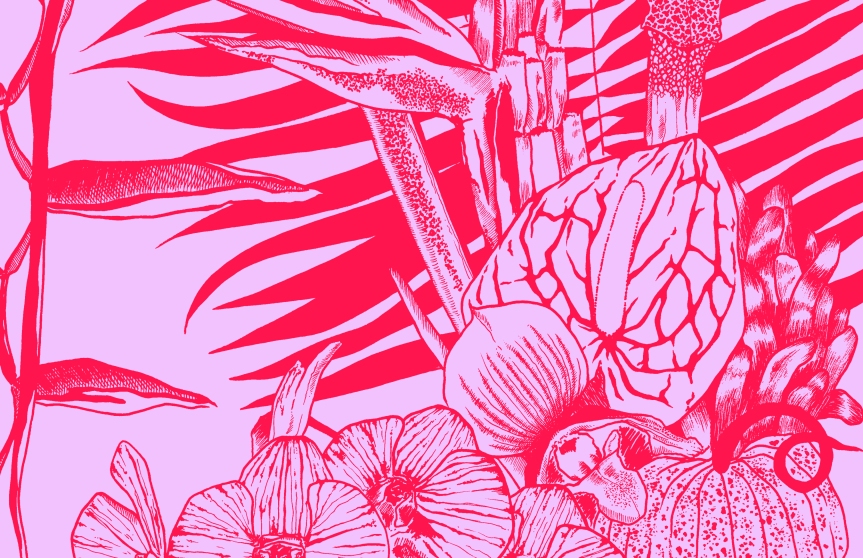 Following the final hand in I had booked a flower arrangement class with Sage Flowers in Peckham, a flower shop which has only been around for a couple of months. The beginning of the workshop involved picking out ten big flowers to be the centre of the arrangement, with one flower in particular being the main event. 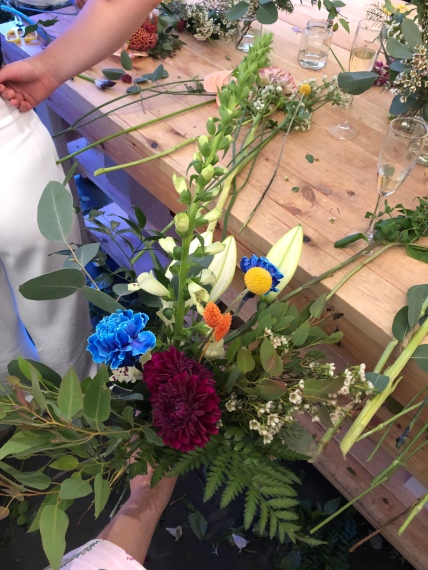 After the flowers had been chosen we conditioned them by removing any unwanted leaves from around the stem and also trimming off any sad parts from around the top and heads of flowers. We then added foliage and did the same conditioning process with the leaves. The trickiest bit was the process of ‘spiralling’, a technique used when arranging the flowers in a bunch to create the perfect circular shape. This was difficult but once you had done a few it became much easier. I was surprised overall how difficult the whole arrangement process was. Picking colours, shapes, lines, patterns and textures. Which all hopefully build up to produce one incredible bunch. The image below was my final creation. 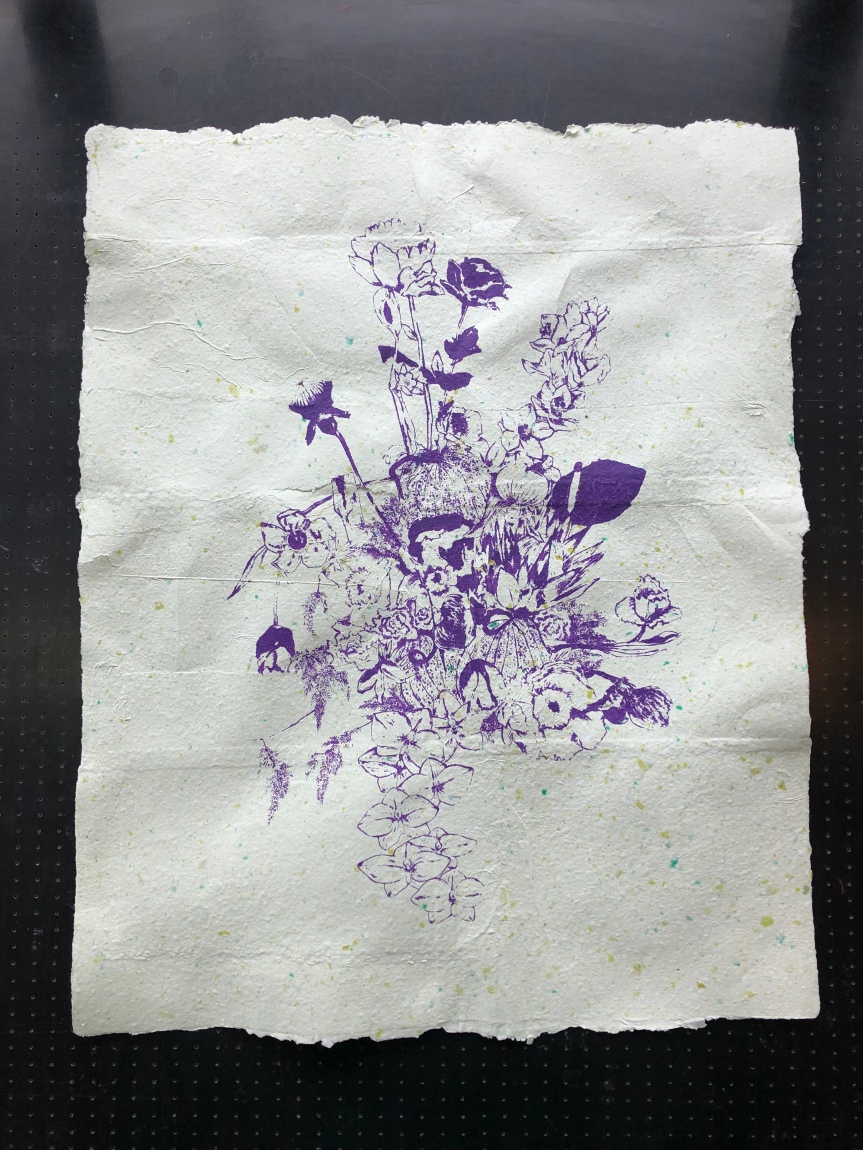 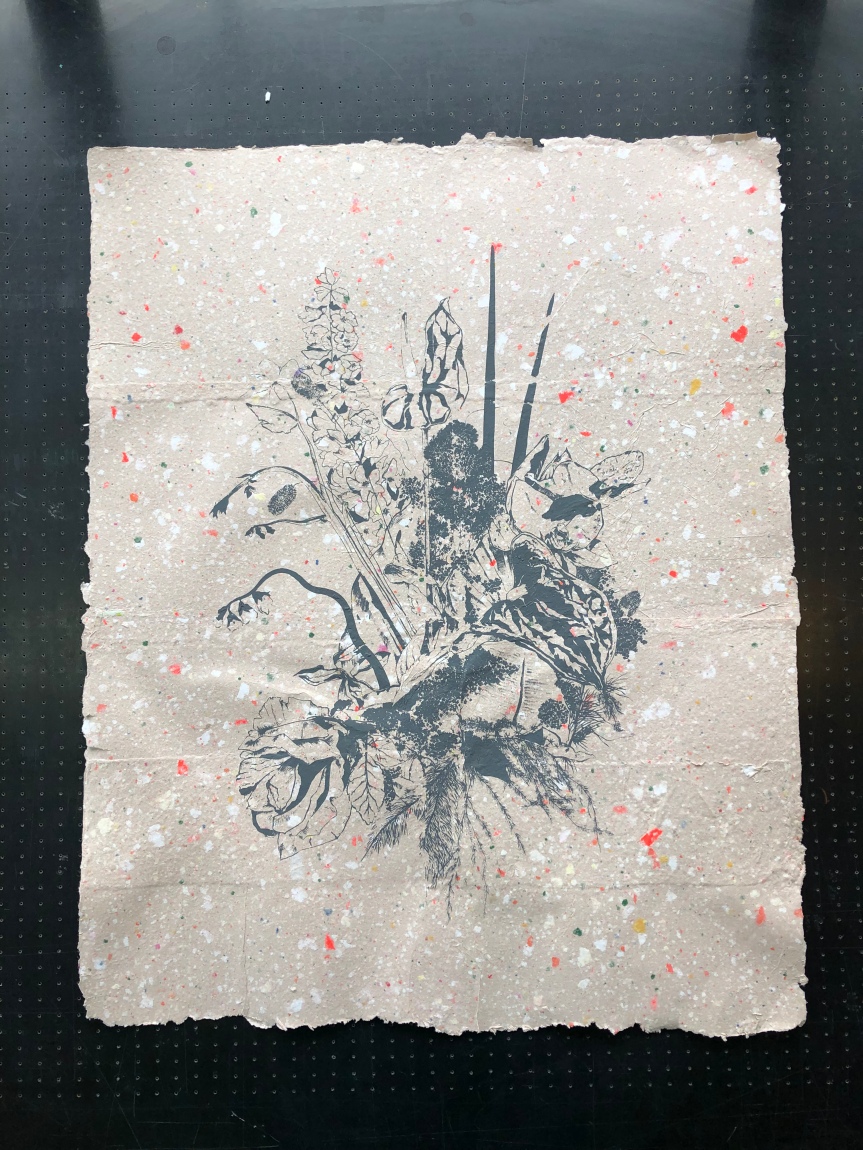 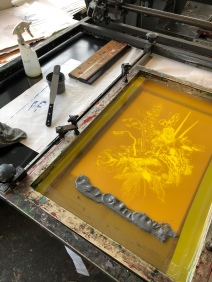 Combining my hand made paper and screen printing I was aiming to work towards a series of images..

These were the five final drawings simply as they are on my paper. Following this I played around with my imagery on other more abstract pieces of paper. There were a few different ideas I had in the previous post concerning the route I would take for this final project. I felt eager to finally get pen to paper and so just started drawing what felt natural to me. I aimed to complete a series of A2 drawings of flower arrangements. I pulled different flowers and compositions from various places and built these pieces of work. Below are the working drawings from sketches. 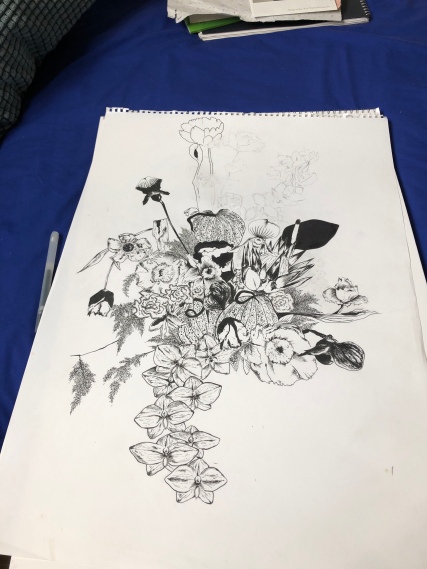 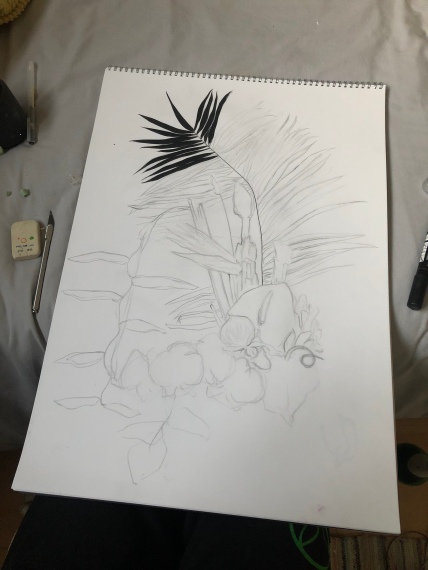 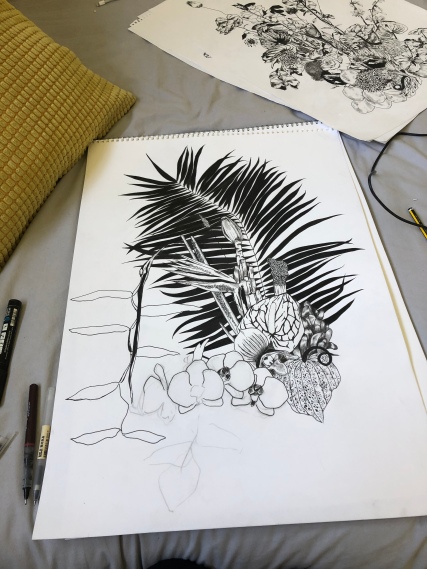